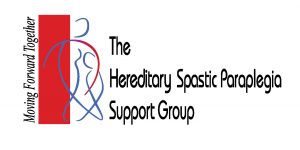 The Potato Pants Festival was created in 2015 with several objectives in mind.  It is both a fundraiser and an awareness raiser for a rare, progressive neurological condition called Hereditary Spastic Paraplegia (HSP).  It is also a festival for local musicians which is why a connection with Ferndown Live really works well.

For the last three years the festival has been held in the lovely enclosed environment of High Mead Farm, where the event has developed and grown.

For the first time, we are planning on having two stages, and as always, Potato Pants racing will take place during the afternoon.  This year we are hoping to attract some well-known local headline bands and with the two stages we look forward to being entertained by many local musicians of varying genre’s and levels of experience.

When explaining to a friend what it’s like to have HSP and why she regularly gets so fatigued, a lady once suggested that it felt as though she permanently has 10Kg of potatoes down her trousers.  Little did she know that she’d created a great way of fund raising and raising awareness.  Other Potato Pants events take place in other countries.  In addition to that, it’s a great name for a festival that people tend to remember.